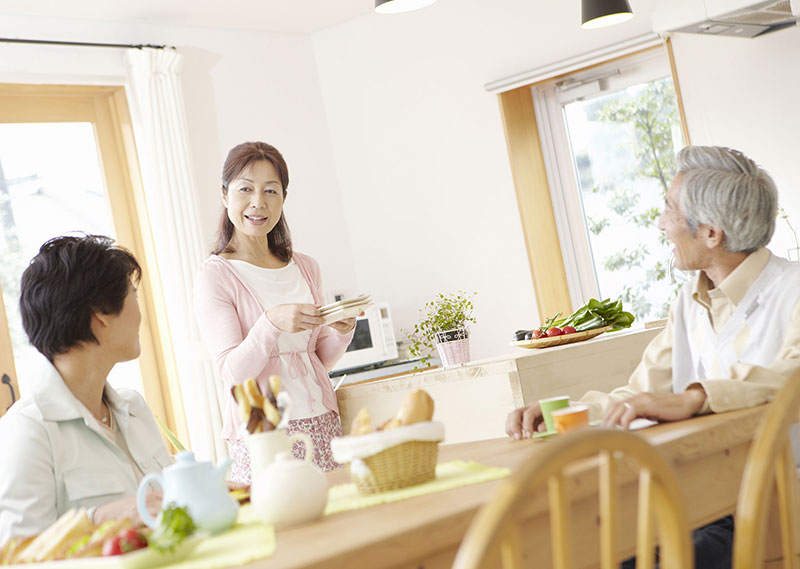 Col 1:10 And we pray this in order that you may live a life worthy of the Lord and may please him in every way: bearing fruit in every good work, growing in the knowledge of God,

It is not how long you live but how well you live that matter.

Do you ever worry about how long you will live? Some seniors prefer not to live long if their lives are not healthy or unhappy. Some seniors worry when they get too old they will have to burden their loved ones to take care of them if they lose their independence either physically or financially. Contrastingly those who live a purposeful and satisfying life do not care if their lives are long or short. They live each day with excitement and purpose. No matter how old you are, whether 50 or 60, your actual age only represent the years you have lived. They are past history. It is water down the drain. What really matter is the years you haven’t lived. You can’t know how long this next part of life is. But you can make this 2nd half of your life a challenging and fulfilling one by avoiding the mistakes made in the 1st half and steer your 2nd half on course to finish the game well.

There was a Jewish man named Saul in the Christian Bible who lived his 1st half of his life as a religious man. He observed strictly the Jewish religious laws and was a good, fervent member of the religious teachers in Jerusalem. He thought he was living a good life by actively persecuting those priests called the ‘new sect’ by putting them in jails. One day on a mission to Damascus, he met God through a light that blinded him. Three (3) days later God sent a member of the ‘new sect’ to open his eyes. He made a 180 degree (REVERSE) turn and pursued a new, totally different 2nd life.

The 2nd life that Saul lived was purposeful. He accepted a new assignment of sharing his life with foreigners (called Gentiles by the Jews) in Asia Minor in his days. He travelled far and wide in the days when transportation was hazardous and travel was dangerous in Asia Minor. His reversal created for him many enemies (his former colleagues) and they wanted him dead. He was put into jail a few times and eventually he was martyred in Rome.

But Saul’s 2nd life was probably one of the most colourful of all men in history, even compared to men like Nelson Mandela, Gandhi, and Martin Luther King etc. It was recorded that in his (now changed name to Paul) 2nd life, he was shipwrecked three (3) times, stoned once and beaten by enemies three (3) times. He described his circumstances in a letter to his friends in Corinthians as follows:

Yet Paul was able to express and share with his friends what real joy, peace and love meant as he wrote in various of his letters to the communities in Asia Minor :

Rom 14:17 For the kingdom of God is not a matter of eating and drinking, but of righteousness, peace and joy in the Holy Spirit,

Phil 1:4 In all my prayers for all of you, I always pray with joy.

Phil 4:4 Rejoice in the Lord always. I will say it again: Rejoice!

Rom 5 “Therefore, since we have been justified through faith, we have peace with God through our Lord Jesus Christ, through whom we have gained access by faith into this grace in which we now stand. And we rejoice in the hope of the glory of God. Not only so, but we also rejoice in our sufferings, because we know that suffering produces perseverance; perseverance, character; and character, hope.”

2 Cor 13:11 “Finally, brothers, good-by. Aim for perfection, listen to my appeal, be of one mind, live in peace. And the God of love and peace will be with you.”

Throughout his 2nd life, Paul maintained his vocational independence by earning his own income as a tentmaker. His primary role as an evangelist was not income earning. Yet, Paul was able to record in his letter to the church in Philippi: – ‘I am content’ whether in need or in plenty. He also told them in the same letter that he was not afraid to die. His actual words were ‘for me to live is Christ, to die is gain.’ Towards the end awaiting trial in Rome, he wrote to Timothy, his protégé in Ephesus (in today’s Turkey) depicting his life as a race that he is running to attain the eventual, eternal prize. 2 Tim 4:7 “I have fought the good fight, I have finished the race, I have kept the faith.” Many of us live a busy (sometimes aimlessly busy) life in the 1st half and then run out of steam in the 2nd half. That is what ‘retirement ‘meant to many – retire or withdraw from active living. Is this what our Creator intended for us? If you believe you are here on earth for a purpose, then as long as you are still on earth, you need to serve out that purpose. Don’t fizzle out and leave your race incomplete. You have acquired much more experience and wisdom over the years. Do you think these experiences and wisdom is given to you for no reason or purpose? Imitate Paul as he encouraged us in 1 Cor 11:1 “Follow my example, as I follow the example of Christ.” to live out our lives for the benefits of others as Paul wrote in the sentence before asking the Corinthians to follow his example 1 Cor 10:33 “For I am not seeking my own good (eternity) but the good of many, so that they may be saved (for their eternity).”